As society asks questions about the importance and place of gender, we can all consider what stereotypes are worth keeping and what are damaging.

State bills  targeting transgender individuals have initiated questions about gender in sports and the interplay between  the religion of healthcare providers and the transgender status of patients. Early actions by the Biden Administration have expanded government support for sexual and gender minority individuals, and they have included the largest number of out LGBTQ+ individuals into a presidential cabinet in history. Recent  Supreme Court cases have expanded same-sex marriage and LGBTQ+ protections in the workplace to the  entire country. Every year, Pride Month becomes more mainstream and celebrated by a greater number  of people.

For many people, these changes and debates are a great source of joy. For others, these changes are a  source of concern. Perhaps you have an understanding of sex and gender that doesn’t match what society  is now saying, or maybe you’re part of a political or religious organization whose official positions on sex  and gender don’t match what you hear from other sources. Both of these reactions are normal. The current  movement regarding sex and gender is the result of activism and action from millions of Americans who  have felt left behind by society. For them, changes in policy regarding sex and gender are a triumph and liberating. For those who have felt included and comfortable in society’s framework for sex and gender,  change can be unwanted or viewed as unnecessary.

I believe that there is good in keeping what has been working for us and examining what hasn’t worked.  What goes in each category will be different for each of us, which is part of living in a democracy. I would  argue that even if you’re someone who has established views on sex and gender and sees no need for  change or debate, there is still space for you to examine what these ideas mean to you and consider if there  is room for improvement. With change, there is opportunity for growth and reflection.

The Meaning of the Genders

A big question being asked is, “What does it mean to be a man or a woman?” Think about how you would  answer that question for a moment. I’m confident many people would answer the question using  chromosomes or genitalia. However, we have all been told that specific actions are for one gender only.  We have all been exposed to the phrases “… is for girls,” “A real man does/(n’t) …,” or “Boys will be boys.” What have you been told is only for girls or only for boys? Often, boys have been told that they should be  the primary breadwinner for their family, be into sports like football, have rippling muscles, be tall; have an  interest in trucks, dinosaurs, and superheroes; have great sexual prowess; and like the color blue. Likewise,  girls have been told they should be stay-at-home moms, cook, clean, be into shopping and fashion, have  an hourglass body shape, guard their chastity closely, and like the color pink. Some of these things are harmless but not all of them. Do any of these gender qualities stand out to you as potentially hurtful? Do  you feel like the qualities listed for your gender describe you well?

One example of harmful gender qualities is those regarding body shape. Women are told that being a  woman means having a tiny waist with a large chest and hips, whereas men are told that being a man  means having large and imposing muscles. However, we know that bodies come in all shapes and sizes, and  individuals who firmly identify with a specific gender identity may not match this “ideal.” For one man, large  muscles come naturally, due to genetics, and grow quickly when he visits the gym, whereas another man may have naturally smaller muscles that require a lot of work and commitment to grow in size. Ultimately,  all our bodies have their preset ideals and have many internal mechanisms to maintain that preset. Having  an ideal tied to gender is damaging. The push for women to be thin leads to anorexia and eating disorders1 and is particularly harmful to women with naturally larger bodies. Likewise, the push for men to be muscular  leads to muscle dysmorphia2, a less commonly understood psychological condition that creates poor body  image in men and an all-consuming drive to be more muscular. Both of these conditions lead to dangerous,  life-threatening behaviors and negatively impact the health of the individuals affected. These conditions stem from social beliefs about what it means to be a man or a woman, and deserve to be reconsidered.

Interacting With Those Who Disagree

Another question we should ask about sex and gender is, “How should we treat people whose way of  presenting gender doesn’t match what we expect?” Part of the answer involves looking at gender critically, the way we did in the last two paragraphs. Suppose someone’s behavior or appearance doesn’t make sense  to you because of their gender. In that case, it is helpful to take a step back and consider if said behavior is an unchangeable fact about gender. Consider, for example, the expected gender roles in the household. If  you encounter an opposite-sex marriage where the woman makes the most money, and the man spends  the most time cooking and taking care of the kids, is that bad? Some people may not like this arrangement  in their life and choose to avoid it. For others, however, this arrangement makes sense. Women are just as  capable of having a good job as men, and men are just as capable of raising kids as women. As long as the  family’s needs are being met, a situation like this is not harmful and doesn’t deserve condemnation from  others.

It is also essential to be empathetic. Whereas chromosomes and genitalia may fit into two cleanly defined  boxes for you, that may not be the case for everyone else. Creating a body in the womb is a beautifully  intricate process, and each step is an opportunity for the process to go in a different direction. Individuals  who reject your idea of gender may do so because their body doesn’t reflect the truths you see in your  body or because they don’t fit very well into the two boxes that gender provides. Falling outside of the  “gender boxes” can be very difficult and lonely, and showing empathy to these individuals can significantly  help their mental health and self-image.3 When you see or meet someone who doesn’t look like you,  remember that they’ve lived a different life than you and are likely happy with the way they are presenting  their truth.

The United States is a dynamic country. We have seen more extensive changes in all aspects of our lives in  the last two hundred years than we have seen in the two thousand years before that. Many of these  changes have led to significant improvements in equality, health, engineering, leisure, and so forth. This  race forward means great change, and what was common and unquestioned years ago may come up for  debate. As we debate and determine what direction we are going, always be curious and ask questions.  When it comes to sex and gender, it is good for us to ask if we have been viewing sex and gender in the  healthiest and most accurate light. As with anything else we do in our lives, our goal should also be improvement, refinement, and building a better nation for all of us.

by Zachary Beyler When I first sat down to write this article, its focus was on the free exercise and establishment of religion. I had almost finished it, but I felt that it lacked weight and significance even to myself. And, if such was the case for me, the author,

In the last two weeks, there have been countless articles, social media posts, and news releases on the situation that has unfolded in Afghanistan. I think every type of shock, outrage, regret, and sorrow has been expressed throughout the world wide web. The initial shock centered around the fact that 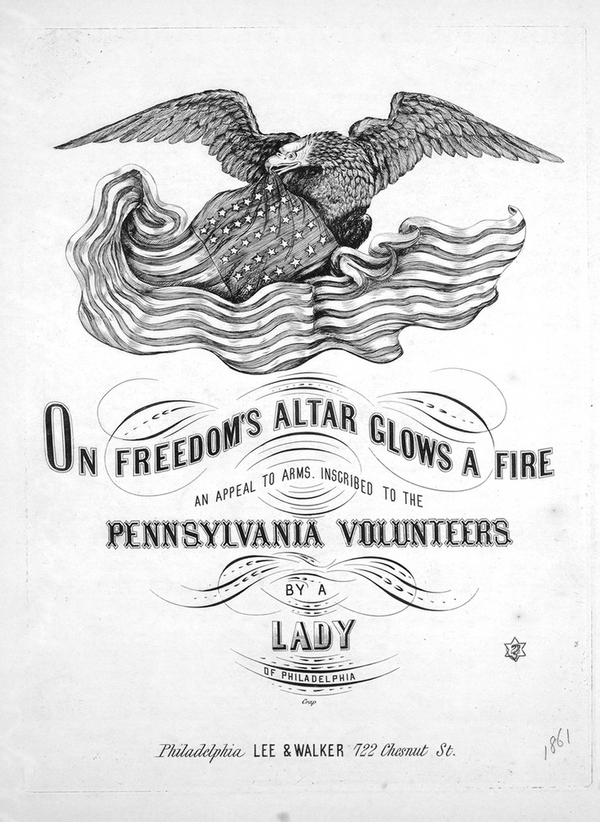